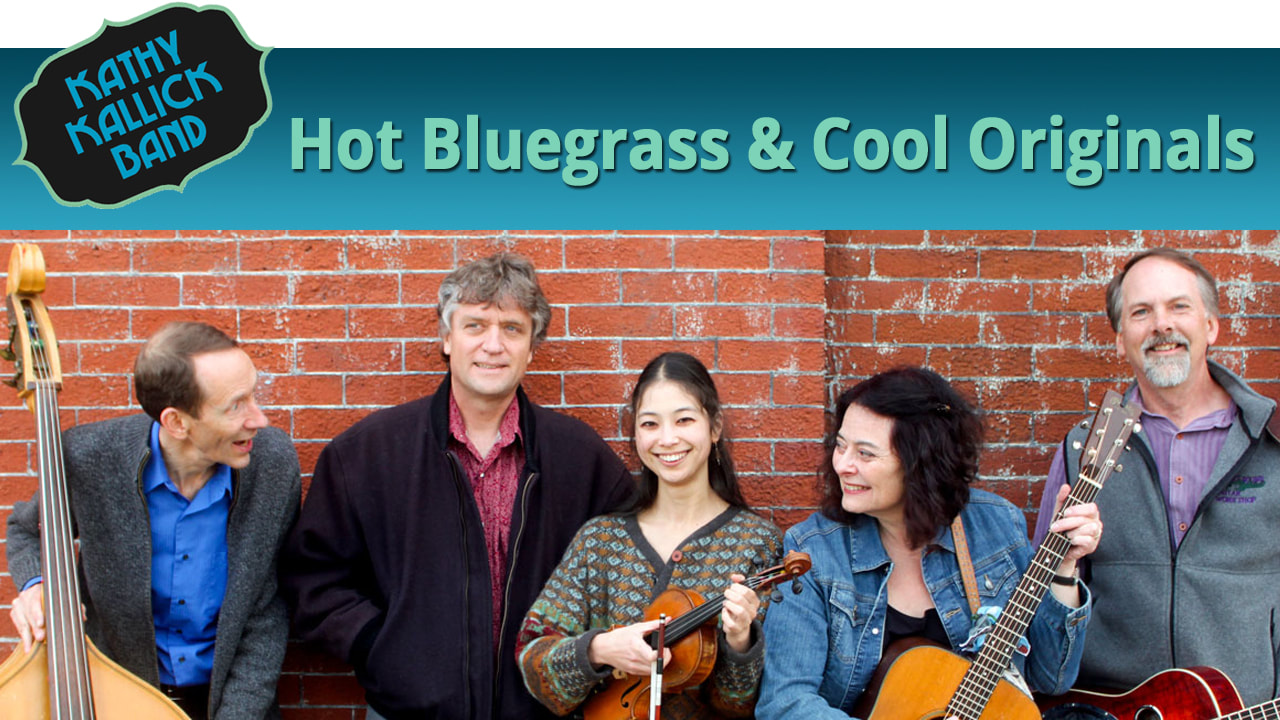 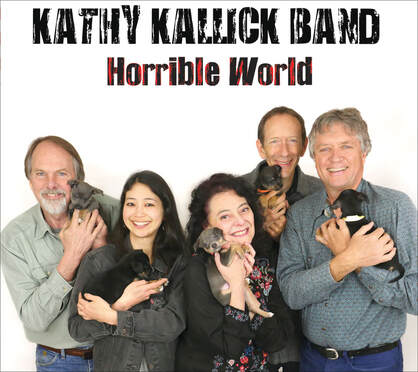 “I fell in love with Kathy’s music as a kid listening to her children’s album. She has been a hero and mentor to me for as long as I can remember. On Horrible World, her wisdom, humor, kindness, and deep soul come through in her voice as well as the songs. Kathy’s voice is rich with tradition but completely her own. Her songs are witty, loving, and heartbreaking all at once. And then there’s the hot picking! For longtime fans, or anyone just starting to dig into Kathy’s expansive catalog of classic bluegrass and folk albums, Horrible World is a must listen!”
— Molly Tuttle

“I’ve always believed that Bluegrass music is, first and foremost, country music. Over the years it has been influenced by blues, folk, hillbilly, and old school country. The Kathy Kallick Band has wonderfully and skillfully put them together in this recording. It’s not too often that a band can put their hands around all that and still be true to their own roots, but Kathy and her wonderful ensemble make it all happen with top-notch musicianship, groove, and soul. I like all the songs. This will be in my car stereo for a long time — right next to all my blues, folk, hillbilly, and old school country records. The KKB is a treasure.”
— Pat Enright

“Kathy Kallick is one of the pillars that secures the foundation of Americana music! This gathering of songs represents life from many demographics and musical stylings. Musicianship here is some of the best accompianment you will hear; all hearts and minds were synched, and Kathy’s voice is at its best! Tone and emotion overflow.”
— Dale Ann Bradley

“The Kathy Kallick Band’s presentation of her new album Horrible World is anything but horrible. On the contrary, it is a collection of songs and instrumentals, many written by Kathy herself that speak of learning to deal with trouble and lost hope and dark skies, of shedding bitterness and finding strength and humor enough to carry on with a lingering sweet taste for life and loved ones. This album contains thoughtful arrangements played with skill and infectious energy. The Kathy Kallick Band shows once again why they are a force to be reckoned with and a mainstay in country string band styles. Nothing horrible about it.”
— Mike Compton

“The Kathy Kallick Band’s music is always brimming with inspiration, and their newest album, Horrible World, is no exception. This beautiful collection of songs shows off their equally impressive singing, writing, and instrumental abilities — and leaves no doubt that they are one of the top bluegrass acts today.”
— Bronwyn Keith‐Hynes

“The Kathy Kallick Band is one of the best bluegrass bands in business today. They have played together for years, and it sounds that way: Well-jelled. They have all the elements I like: strong grasp of tradition blended with creativity that sparks, personalizes, and deepens their music. Kathy’s singing and interesting vision, everyone’s playing and sensitivity to the whole — it adds up to another satisfying recording by this fine band.”
— Pete Wernick

“Kathy Kallick is one of bluegrass music’s treasures. Her new recording has traditional elements that remind us of our bluegrass roots, while remaining relevant and timely in today’s world, both musically and socially.”
— Kristin Scott-Benson

“Great songwriting and playing from this stellar group! Kathy and company are delivering the goods with a great mix of originals and covers. Acoustic roots music at its best!”
— Rob Ickes

“Kathy Kallick’s music serves not only as a symbol of bluegrass in California but as an important voice in the lineage of the bluegrass genre that reminds us that tradition and respect work best when combined with versatility and creativity. Horrible World only further strengthens Kathy’s extensive catalog which consistently proves her abilities as a singer, a songwriter, a bandleader, and an artist. As someone who leans in and lets their voice be heard, her example is one to be aspired to.”
— Tristan Scroggins